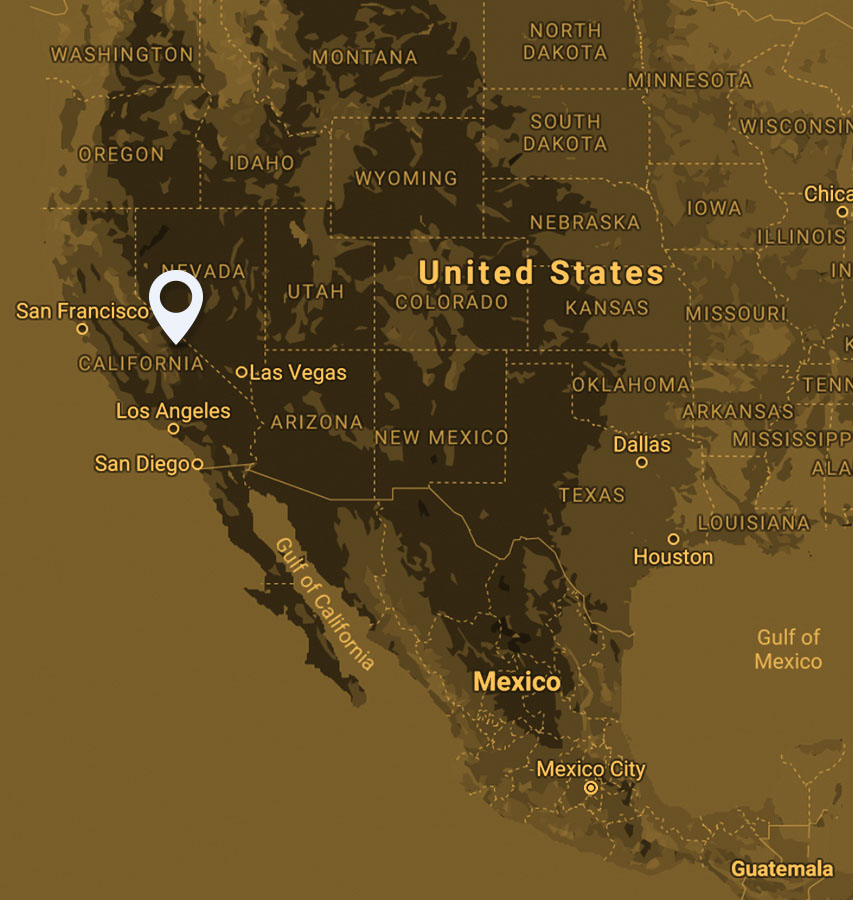 California’s agriculture sector is a major player in the state’s economy – and in the US economy in general – with more than 76,400 ranches generating as much as $ 100 billion in agriculture-related activities each year.

California produces more than 400 animal and vegetable products, more than any other state, including milk, almonds, grapes and beef.

In addition, two-thirds of the country’s fruit and nuts, and more than one-third of its vegetables, are produced by farms in California alone.

As you would expect in California, strawberry farming is a high-tech business. Varieties are chosen that can tolerate the dry climate. 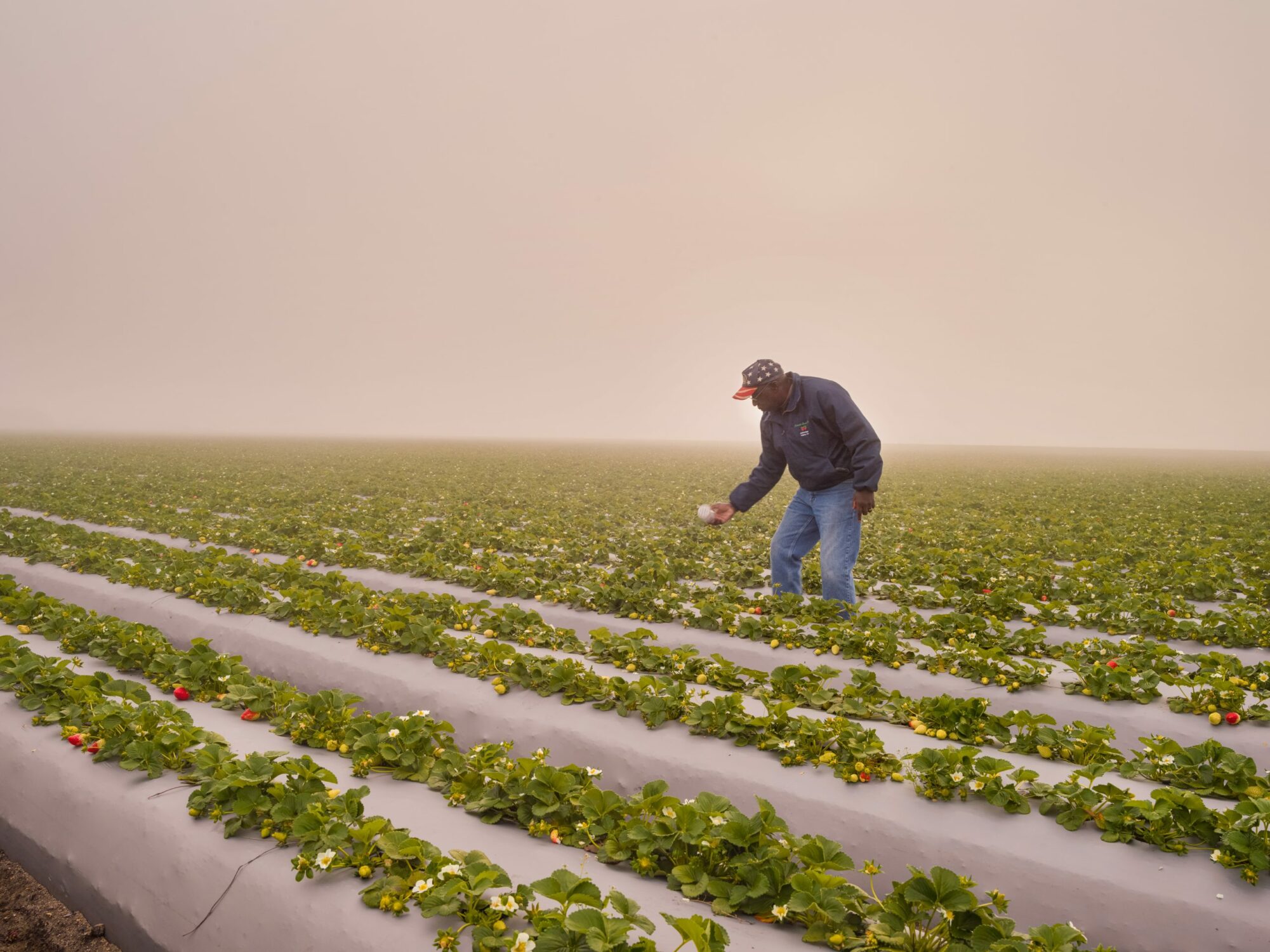 Laurence London, pest control adviser at Fernandez Brothers, demonstrates how the predatory mites are distributed on the strawberry plants.

This method is now outdated, since drones are used instead.

Much of the growing takes place not in the ground but in troughs of coconut coir, which retains water but cannot withstand fungal infections and other diseases, so many growers still resort to pesticides and fungicides.

Here at the Sugarloaf Ranch, predatory mites are used against spider mites.

With their extensive strawberry fields backed by foggy hills and mountains, these Californian valleys are the source of the legendary big, bright-red fruit that everyone in America regards as the exemplary strawberry.

Many people looking at images of these dead-straight rows of plants will hear a song playing in the back of their minds. 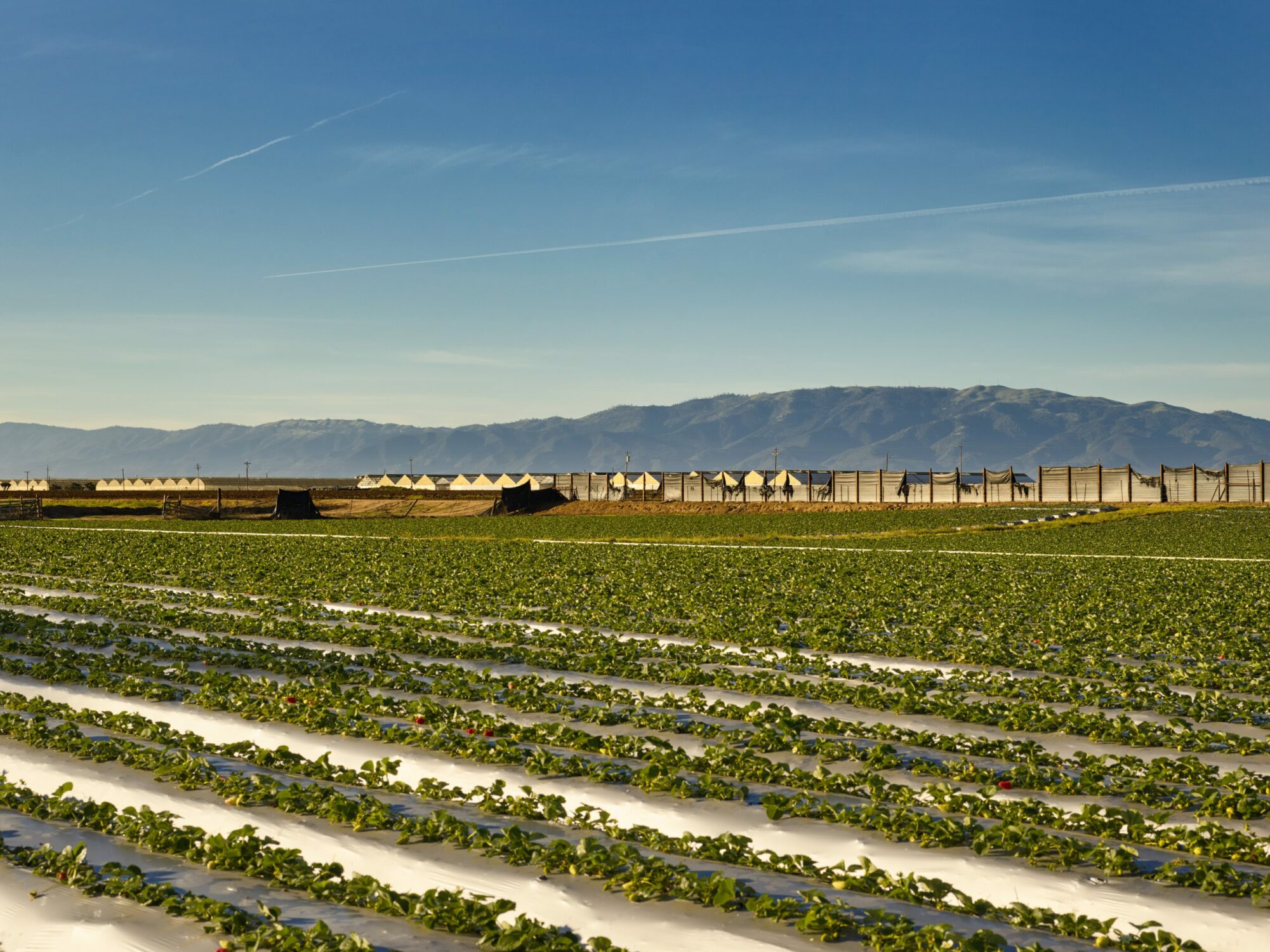 Californian strawberries added $ 1.86 billion to the state’s economy in 2015.

The state is the nation’s largest strawberry producer, accounting for 88 per cent of America’s fresh and frozen supplies.

The crop is the fifth most valuable crop grown in California and is planted on nearly 40,000 acres.

With 40 million inhabitants, California is not only the largest state in the United States but the fifth largest economy in the world, after the US, Japan, China and Germany.

Former Governor Jerry Brown has signed a law stating that California must switch to green renewable power completely by 2045. This sustainability measure provides for 60 per cent of sustainable energy to come from windmills, solar panels, geothermal energy and other sustainable energy sources by 2030. The current figure is 50 per cent. The law states that this must rise to 100 per cent by 2045.