Hops have been cultivated in the Poperinge region for centuries. The mild maritime climate and the fertile sandy loam amount to ideal conditions for a wide range of hop varieties to thrive.

In 1993 Joris took over the company where he had worked for years alongside his father, growing hops and various robust vegetables including leeks and cabbages. They had always used conventional methods, with artificial fertilizers and the frequent application of chemical herbicides and pesticides. Hops are susceptible to all kinds of diseases and infestations, and they were convinced that no other approach was feasible.

When his father was asked for help by an organic farmer whose leek harvester had broken down, Joris was sent to work on the organic farm. It struck Joris immediately that there were none of the metres-tall weeds he had been expecting and the leeks looked excellent, beautifully white with no brown spots of rust.

Joris began to wonder how it was possible to grow healthy leeks without spraying them every week and applying large quantities of artificial fertilizer. Eager to learn more, not for ideological or economic reasons but out of sheer curiosity, he started to read about organic farming. There was little demand for organic produce at the time, but Joris wanted to understand how it was done. The book Dynamic perspectief by Jaap Bakker changed his view of the matter completely.

Joris went on to read just about everything he could find about organic farming and along with his father he visited the only organic hop grower in Germany. He was increasingly convinced that a switch from conventional to organic cultivation must be possible.

They started by producing their own compost, based on the huge amounts of vegetation that are left over after the hops have been harvested. They added farmyard manure and green manure that they grew and harvested themselves. The only addition from outside the farm was a small quantity of wood chips. It marked the start of the switch from conventional to sustainable farming.

Plot by plot, the entire fifteen-hectare farm was converted and all its hops are now certified organic. Demand for organic hops has since grown to many times the amount they can supply, but Joris remains the odd man out as the only organic hop grower in Flanders.

"We didn’t know any better. The idea had been ingrained into us that we had to work with chemicals and use a lot of fertilizer."

"Hops are extremely susceptible to diseases and infestations."

Crop rotation helps to protect annual crops, but hops remain in the ground for several years. Organic farming involves treating the soil very differently from conventional farming, in which chemicals are used. Above all, organic farmers need to ensure they have good, rich soil that produces strong plants. Rather than feeding their plants, organic farmers feed their soil, using organic fertilizers. The soil then ensures that the plants receive the right balance of nutrients.

Weed control is one of the biggest problems for organic growers, but hops are planted in rows three metres apart, so weeds can easily be removed mechanically. Diseases and infestations remain a threat, since hops grow rapidly and their soft tissues make them vulnerable.

"We don't feed our plants, we feed our soil, and that’s done with organic fertilizers." 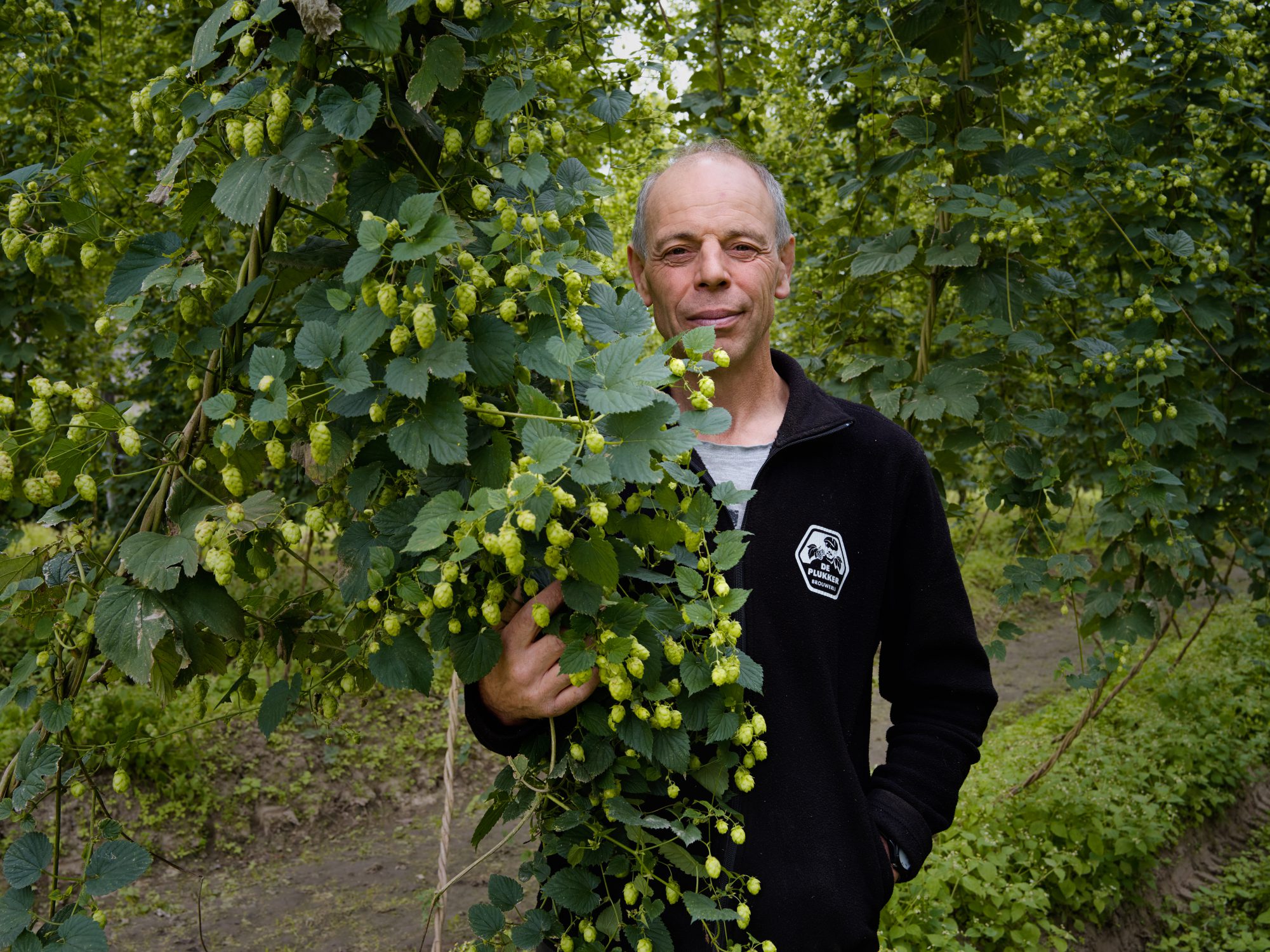 Since 1997 the farm has produced only organic hops and in 2011 Joris decided to expand the business by setting up a brewery in collaboration with brewer Kris Langouche. Their brewery is called ‘De Plukker’ and it uses only Joris’s own hops. All its beers are certified organic.

"My soil has become richer, my plants stronger and my yields higher."