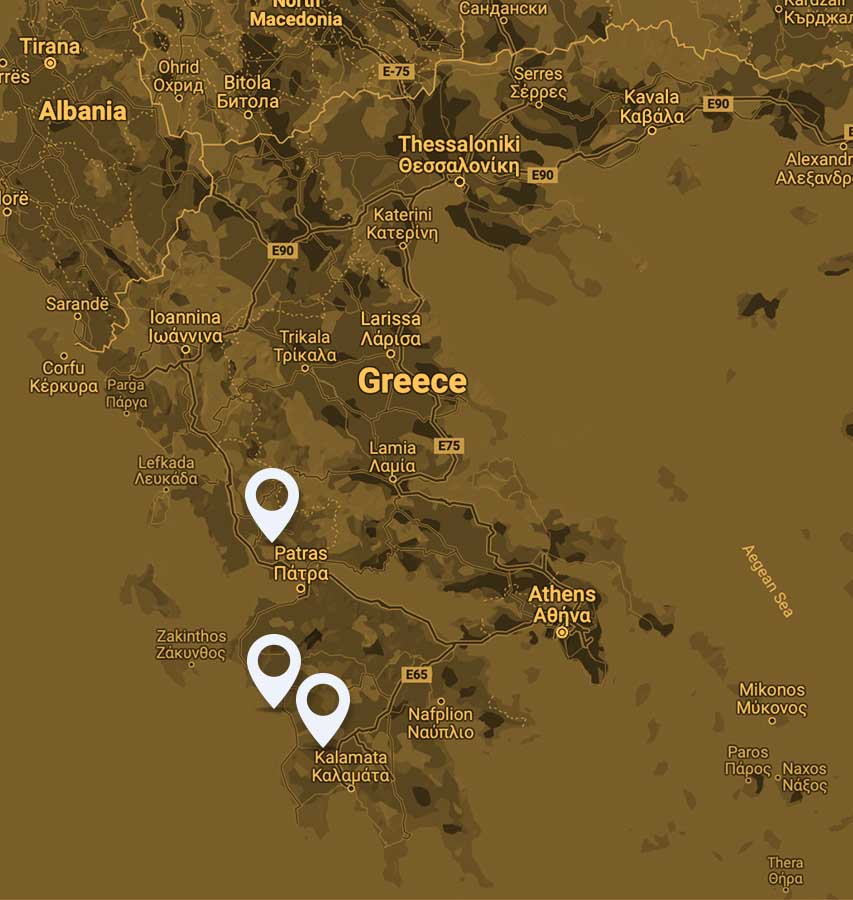 Messenië (Messinia) is a prefecture in the south-west Peloponnese, in Greece, and its capital is Kalamata. Centuries ago the fertile land of Messinia was coveted by neighbouring Sparta. When the Spartans of Laconia found their own region becoming rapidly overpopulated, they invaded and succeeded in conquering Messinia.

Euripides, one of the great poets of Greek tragedy, called Messinia ‘the land of the good fruit’ for its beauty and its richly fertile earth. Messinia, the land of the olive tree and of olive oil, produces the world-famous Kalamata olives. 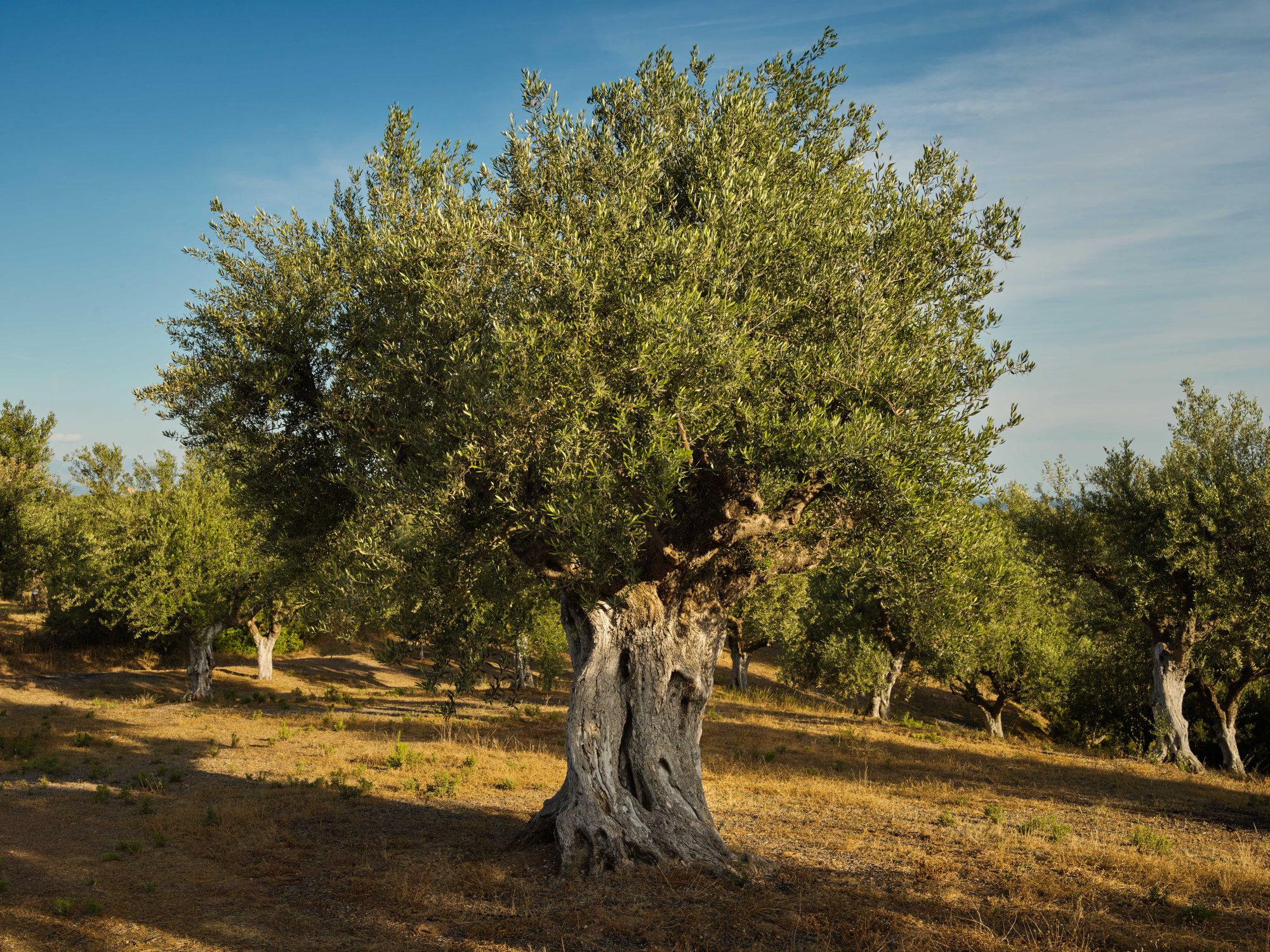 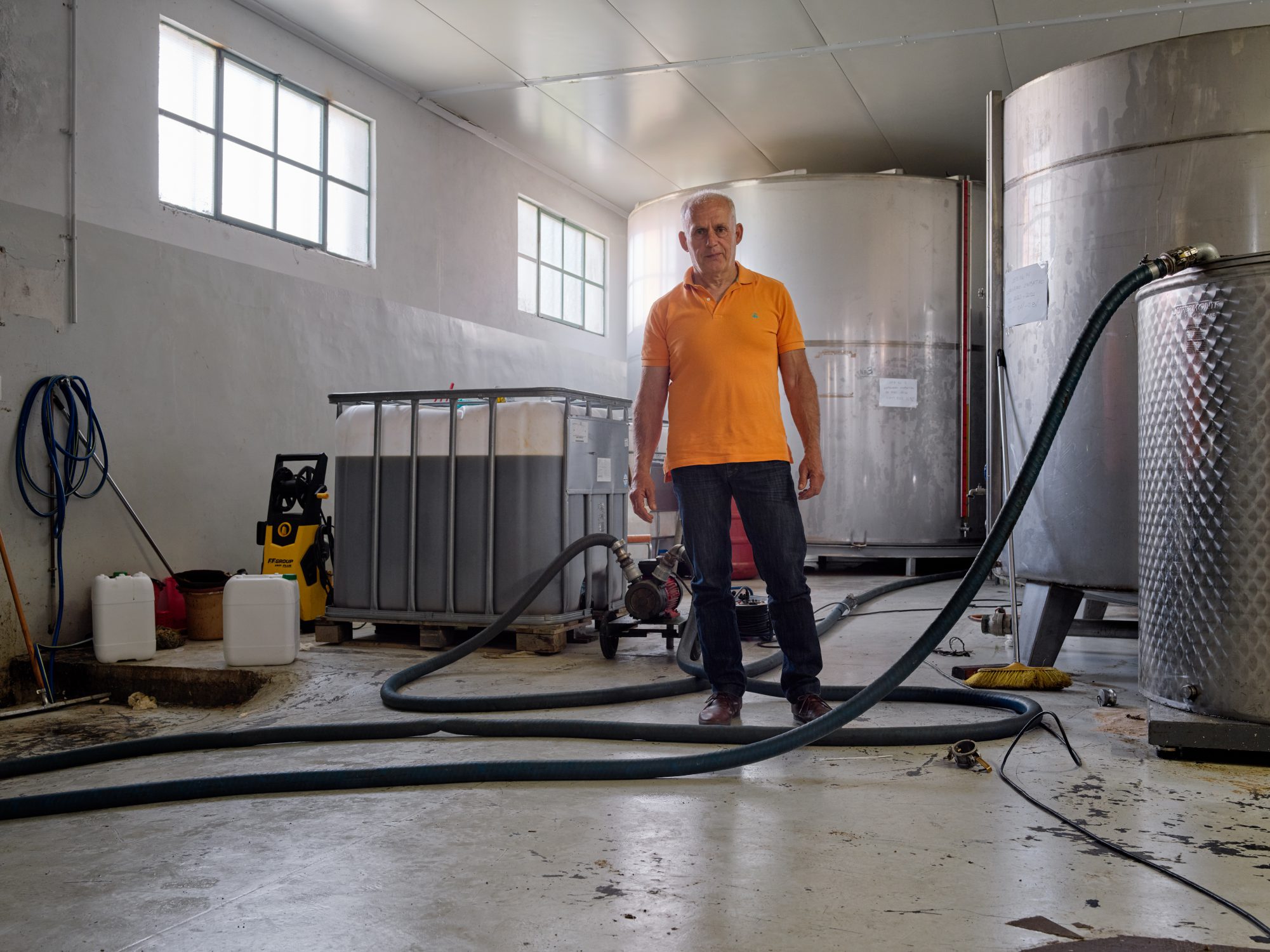 "Organic farming offers many advantages because it means we can coexist in harmony with the environment." 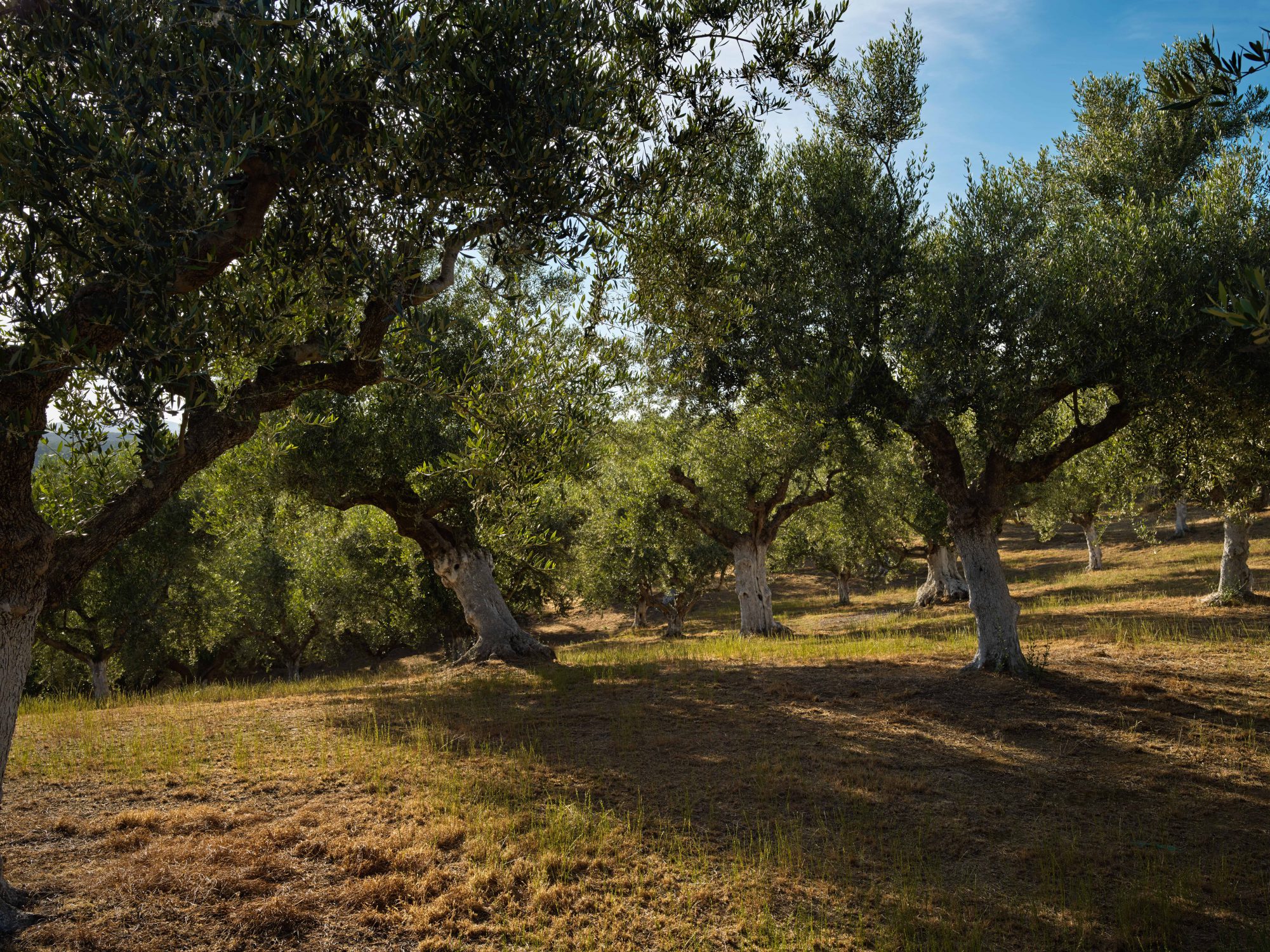 "The Greek ruins may be regarded as important cultural heritage, but so are our olive trees, some of which are more than 800 years old." 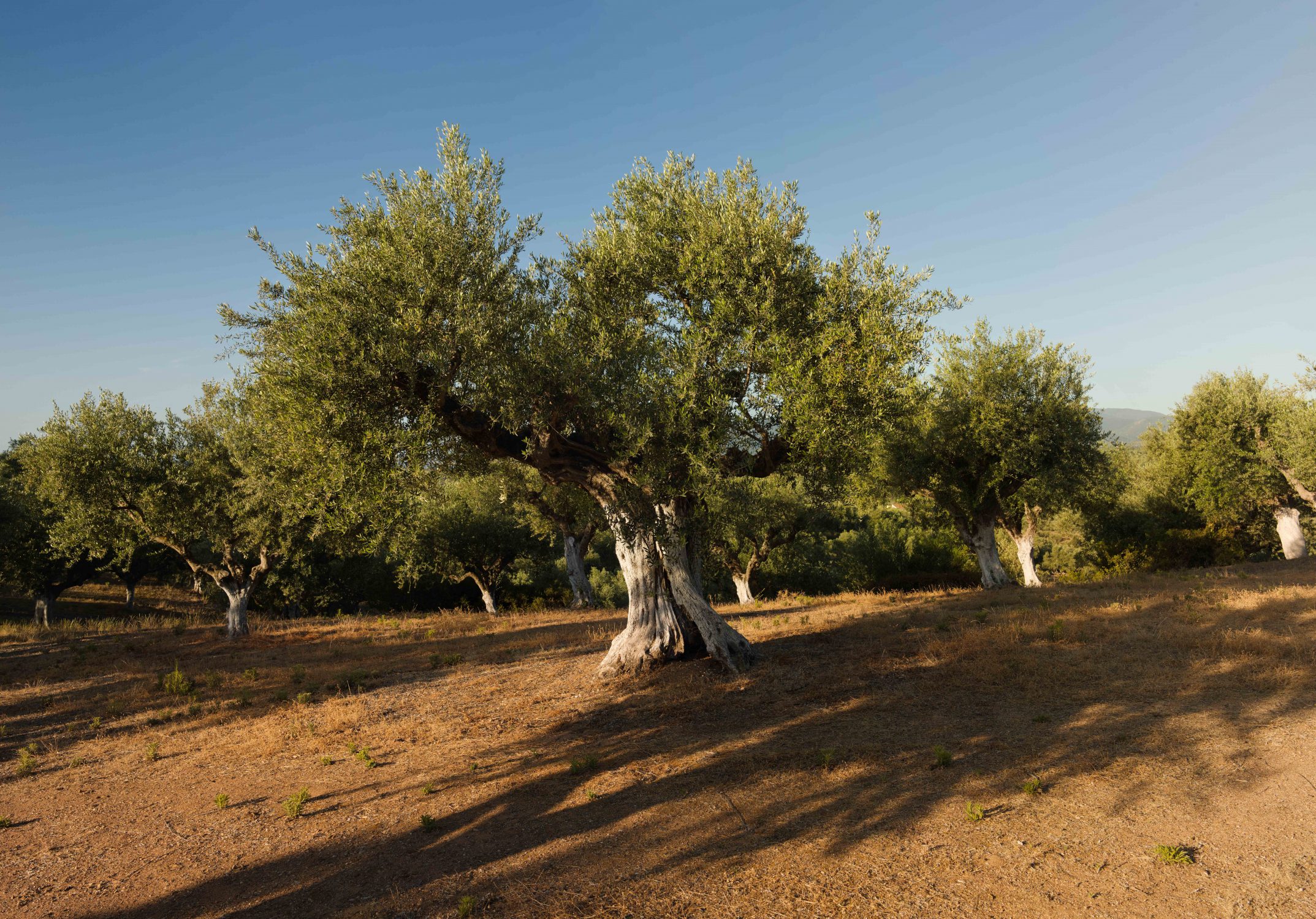 "There is no tree so honoured and praised in song as the olive tree; the Koran, the Bible, myths and other famous testimonies of antiquity are devoted to this tree and its precious nectar, olive oil." 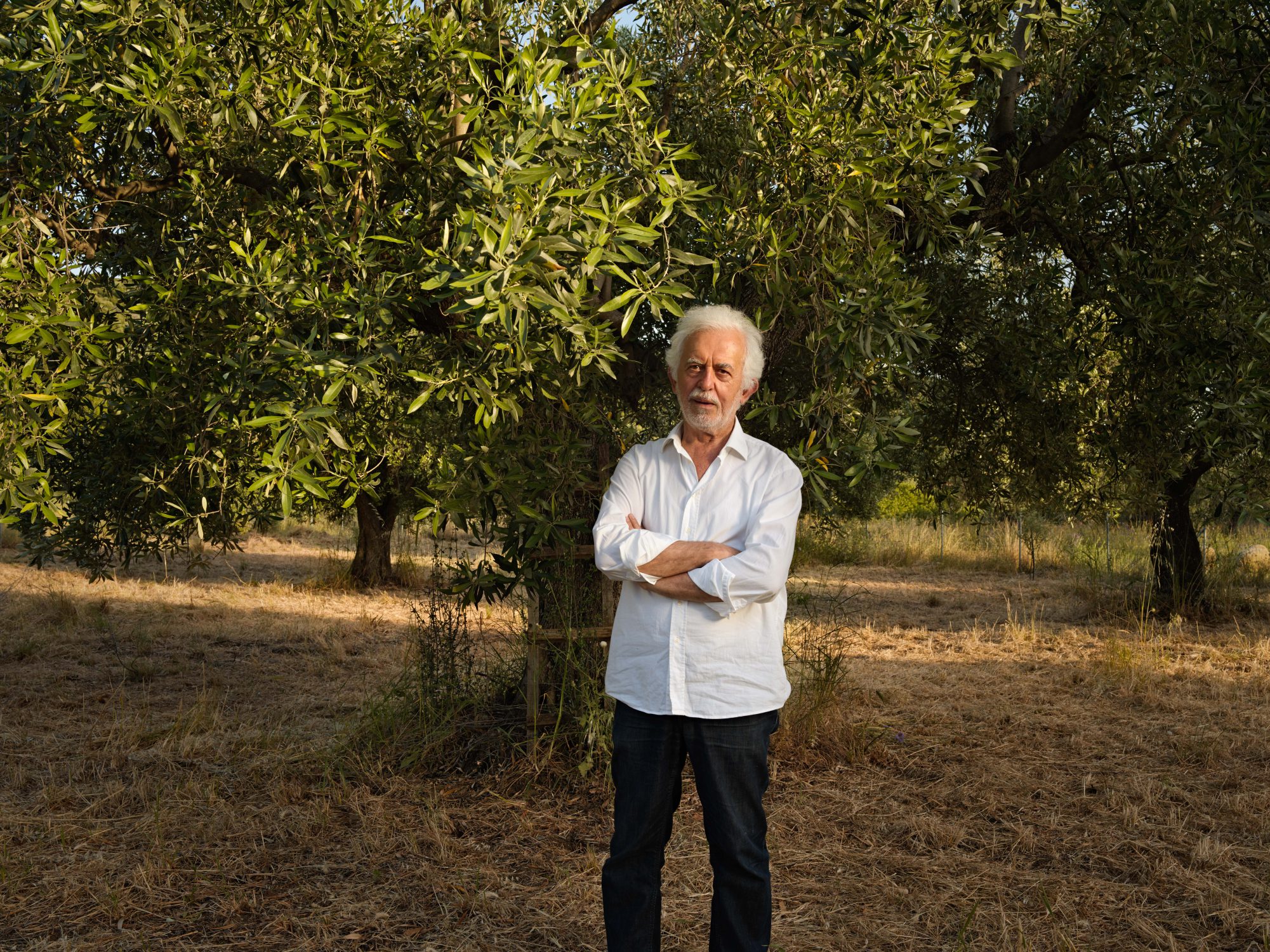 “For me organic farming has to do with the way in which you as a person feel about life.”

Gerasimos Karantonis; a passionate agronomist and pioneer, Gerasimos, along with twenty-six other growers, produces organic oranges, kiwi fruits, lemons, grapefruits, mandarins and olives. He is the founder and chair of BioNet West Hellas, a growers’ cooperative in western Greece.

"Create a better tomorrow for us all."

About 60 per cent of all arable land in Greece is used for olive cultivation. With 132 million trees producing 300,000 tons of olive oil per year, 82 percent of which is virgin olive oil, Greece is third in the world ranking.

Only 27 percent of Greece’s total olive oil production finds its way onto the regular market. The rest is sold locally in the informal economy, to family, friends or acquaintances, in 16-17 litre cans, priced at between 3.8 and 5 euros per litre. Almost all Greeks buy their olive oil this way. Only 5 per cent of the world’s olive oil exports are labelled as Greek in origin, the main destinations being within the EU, especially Italy.

An Important Source of Income

65 percent of all Greek olive oil comes from the Peloponnese, which, along with Crete and the Aegean and Ionian islands, is the main area of production. The number of families generating an income from olive oil is estimated at 600,000; they earn about 2.20 to 3.5 euros per litre. For many families in rural areas, where there are very few other employment opportunities, olive oil is the only source of income outside the tourist season. 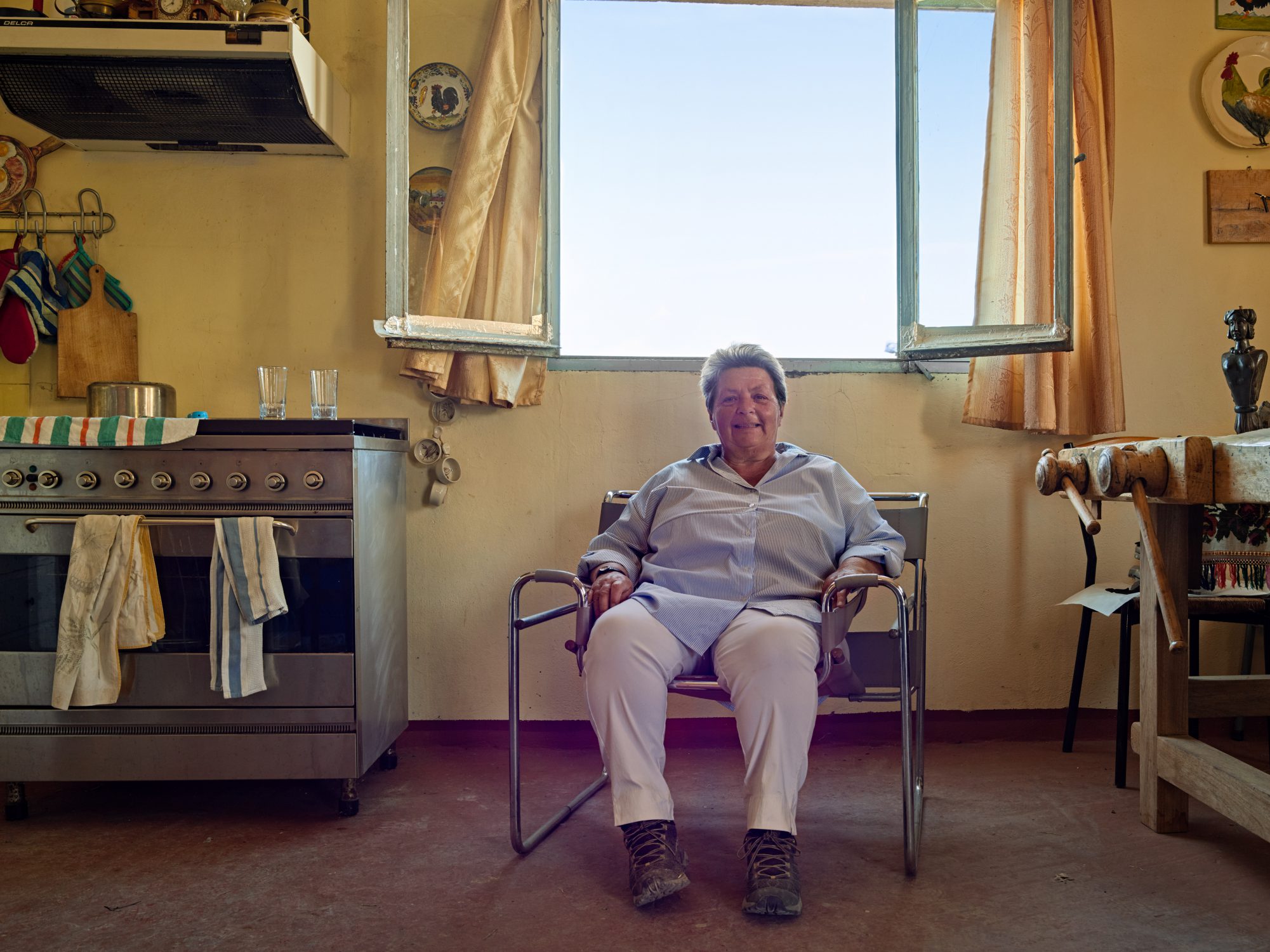 The story of Margarita Bovitseli is that of an Italian woman who grew up in a small village in Italy where her father was a furnituremaker. As long as she was quiet, she was allowed to sit with her father in his workshop, where he told her tales from Greek mythology. She was mesmerized by those stories and dreamed of a life in Greece.
When she was twenty years old, she was standing in line for the Opera in Pisa when she met her Greek, a medical student. They fell in love instantly, married and moved to Greece, where he works as a doctor and she runs his father’s olive orchard, transforming it from conventional olive production into a completely organic farm that produces top-quality olive oil for export to Italy.

"This planet of ours is on loan and so we must leave it as we found it, if not better." 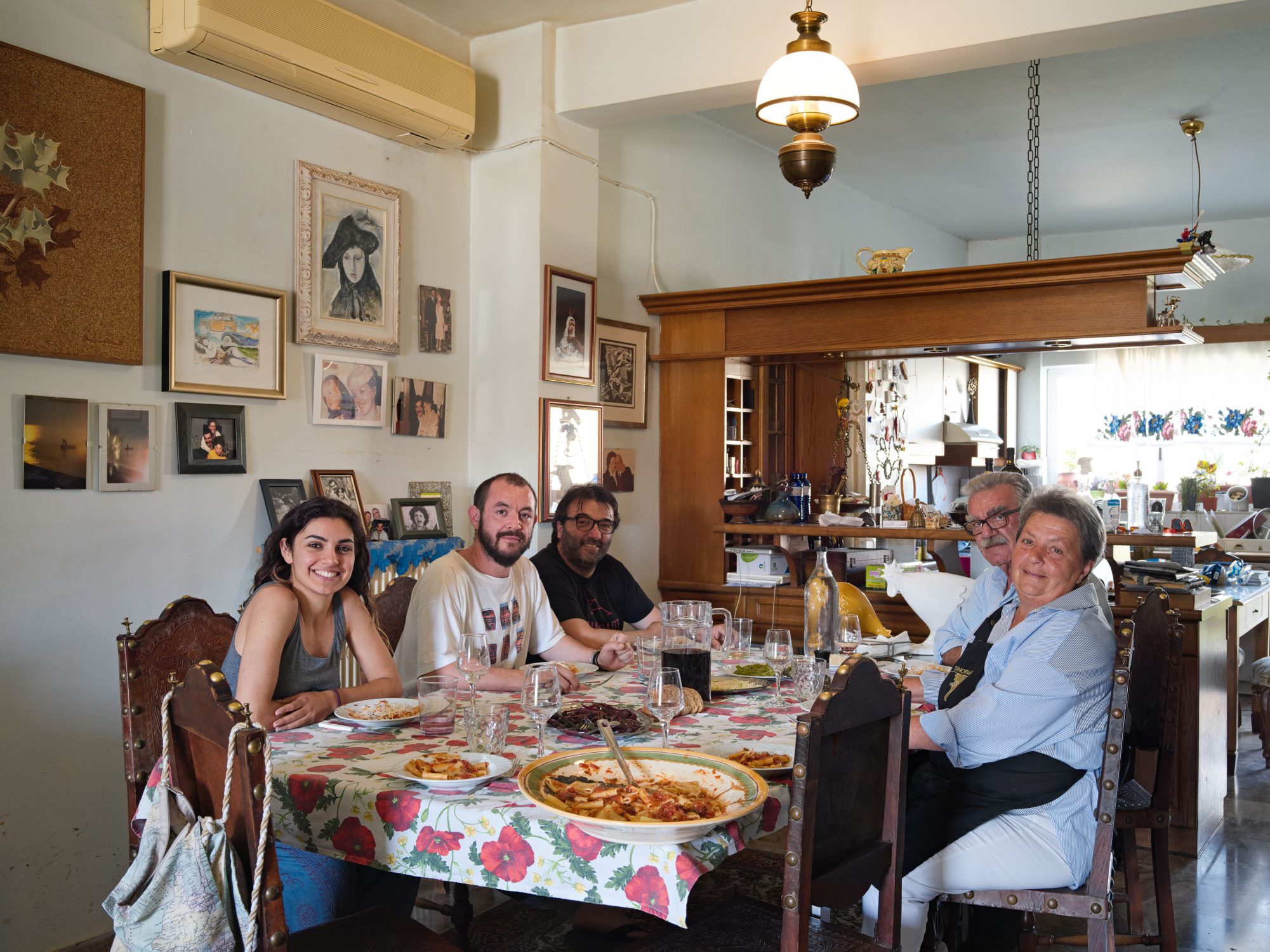 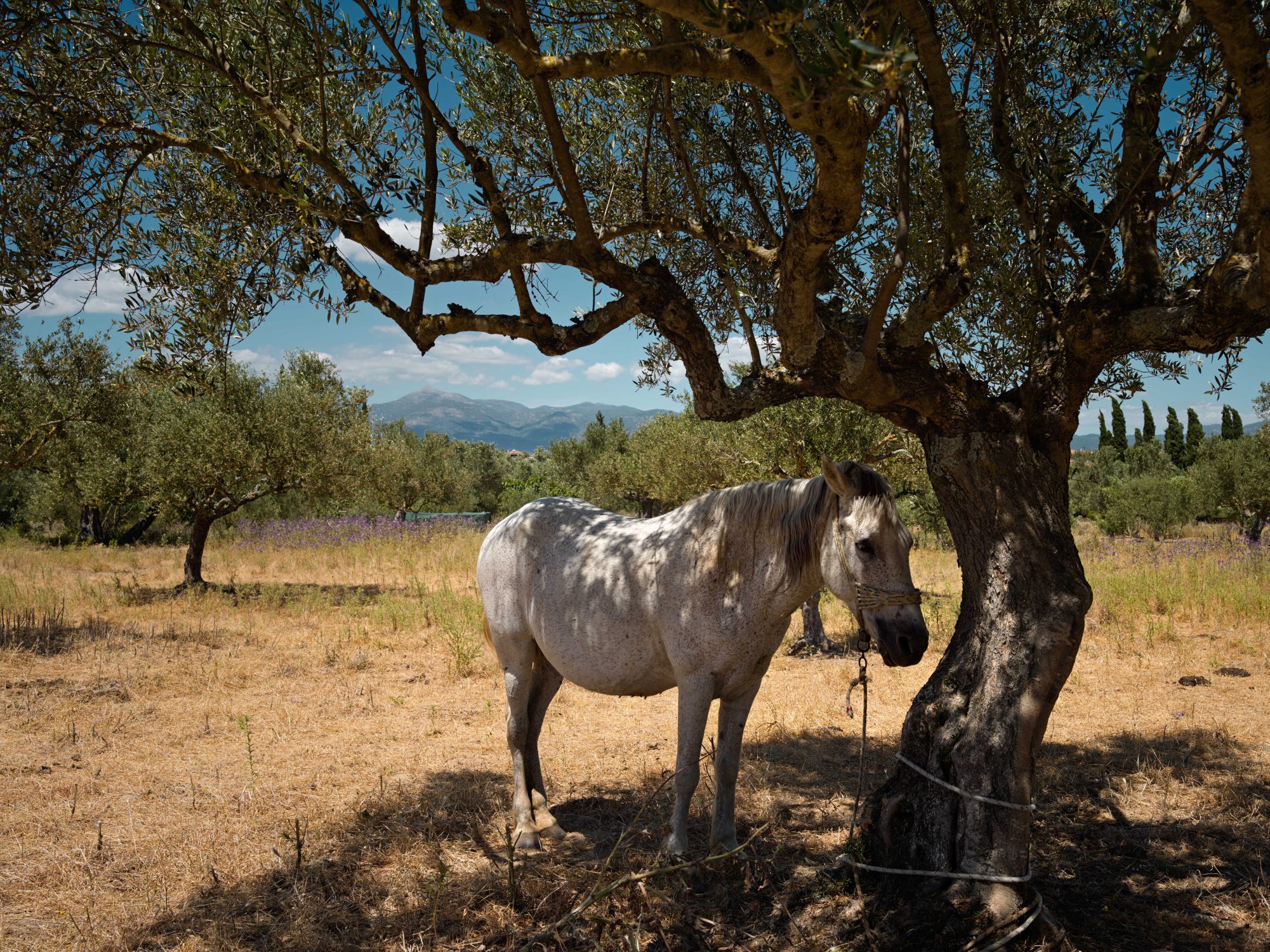 The incomers usually joined up to form small collective and cooperative companies. Others produce oil for personal use and sell the rest to family and acquaintances.

Recent research shows that more than a million young people, given current economic conditions, are considering moving to the countryside to start a new life. They are often well educated, with fresh ideas, applying more intelligent, more productive and energetic methods to improve the quality of the product. As a result of this new approach, Greece is slowly starting to increase its exports, although as a country is still suffers from archaic bureaucracy and customs controls, which impede trade unnecessarily.

Greek olive cultivation since the crisis

After 2010 and the first memorandum from the EU Troika, the Greek economy fell into a profound crisis. Many unemployed young people decided to leave the cities, especially Athens. Most were able to stay with their parents or grandparents in rural villages, where they had a few fields, including olive orchards.

Many young people seized the opportunities on offer and the countryside is now gradually starting to revive, not only in terms of population but as a result of innovative ideas and entrepreneurship.

Experts believe that the decline has come about because there are now sixty-four countries producing olive oil, compared to forty-six just fifteen years ago.

Every second, ten olive trees are planted somewhere on earth.

Almost 40 per cent of all the olive oil produced in the world now comes from intensive agriculture, with 50 per cent higher productivity than traditional cultivation. But intensive methods are bad news for the environment.

Traditional olive orchards protect the land against desertification and absorb large amounts of carbon dioxide, because the trees are larger and older.

Intensive agriculture relies mainly on young, smaller trees, with less foliage and shorter roots. The use of pesticides, fungicides and artificial fertilizer is also a threat to biodiversity and the environment.

Despite this revival of the countryside, many olive orchards are abandoned and neglected, a phenomenon seen in all the traditional olive oil producing countries: Italy, Portugal, Spain and Greece.

The results are shocking. Already 129,500 hectares of traditional olive orchards in Spain have been abandoned. Studies suggest that Spain will lose 20 per cent of its olive orchards, affecting 240,000 small farmers and almost 300,000 families. 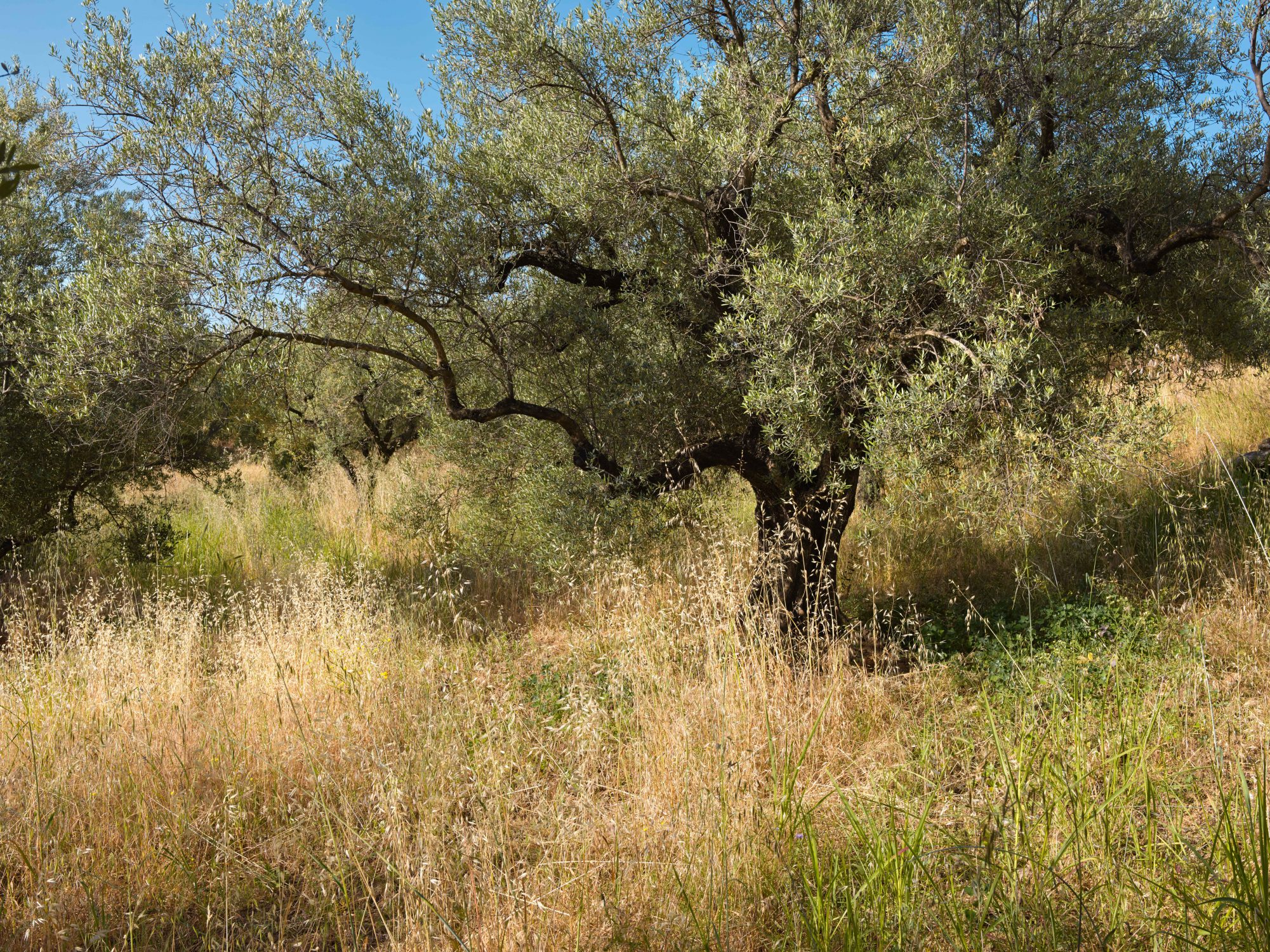 Several strains of this microbe have wreaked havoc in vineyards in California and among citrus trees in Brazil, destroying many hectares of these economically important crops and causing damage worth billions of euros.

Until the olive trees became affected, Xylella had never been encountered as a problem in Europe. When the bacterium emerged in Italy, alarms bells went off all across the scientific world and alerted European politicians. Italian olive growers produce 15 per cent of the world’s virgin olive oil, bringing the country two billion euro per year. Spain produces an even larger proportion. A threat to this agricultural sector represents a danger for the European economy.

Once the bacterium has established itself in the tree, it slowly spreads, colonizing the xylem vessels and forming a thin layer of slime that blocks the transport of water, so that the branches of the trees eventually wither. Sometimes the trees die and sometimes they continue to live in a zombie-like state, too weak to bear fruit but full of bacteria.

There is another threat too. Abandoned and neglected orchards are susceptible to the bacterium Xylella fastidiosa, regarded by the European Commission as one of the most dangerous plant pathogens in the world. 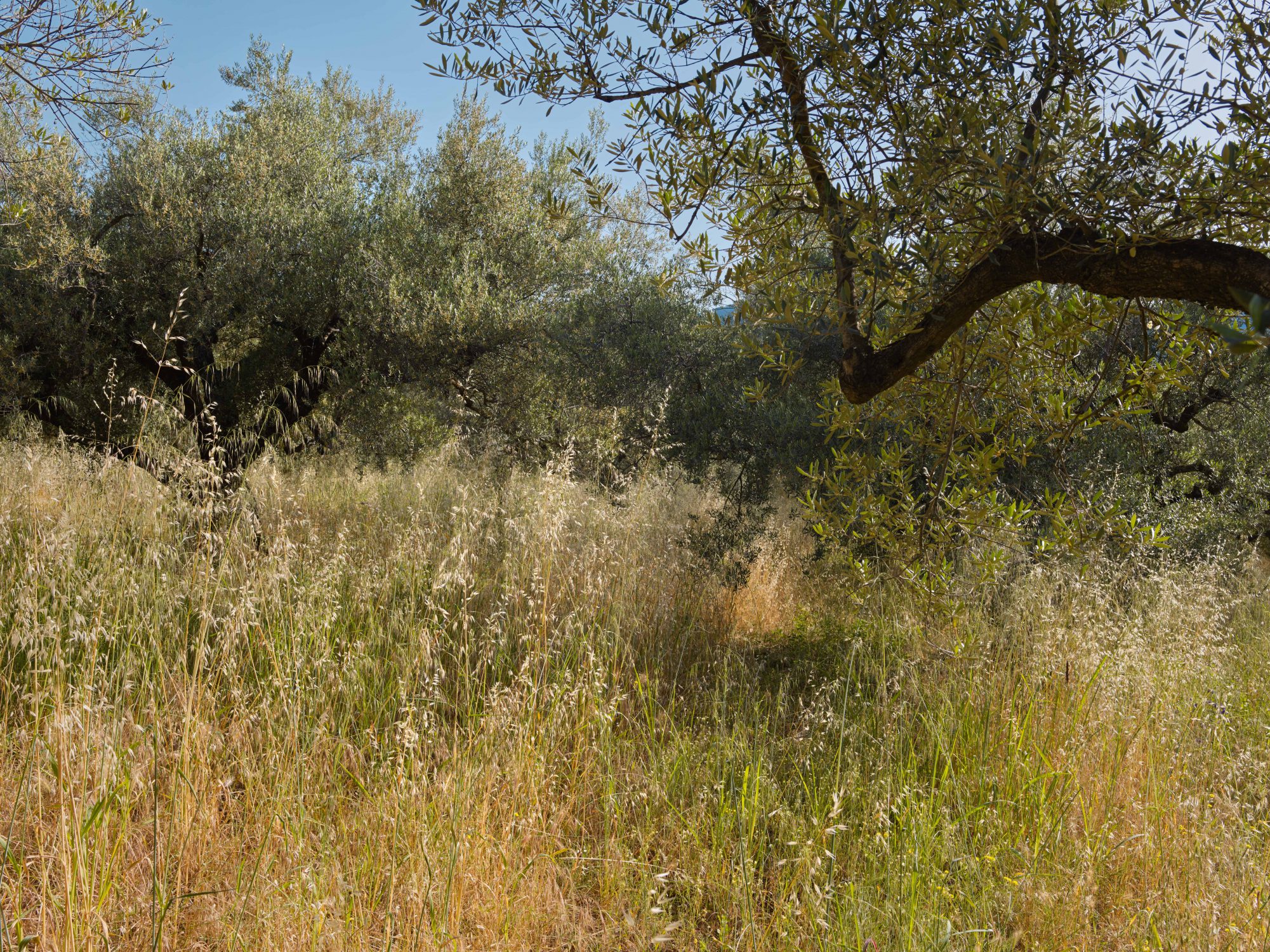 No remedy has yet been found for this plant disease. Once the bacterium has entered its host, the tree remains infected until it dies.