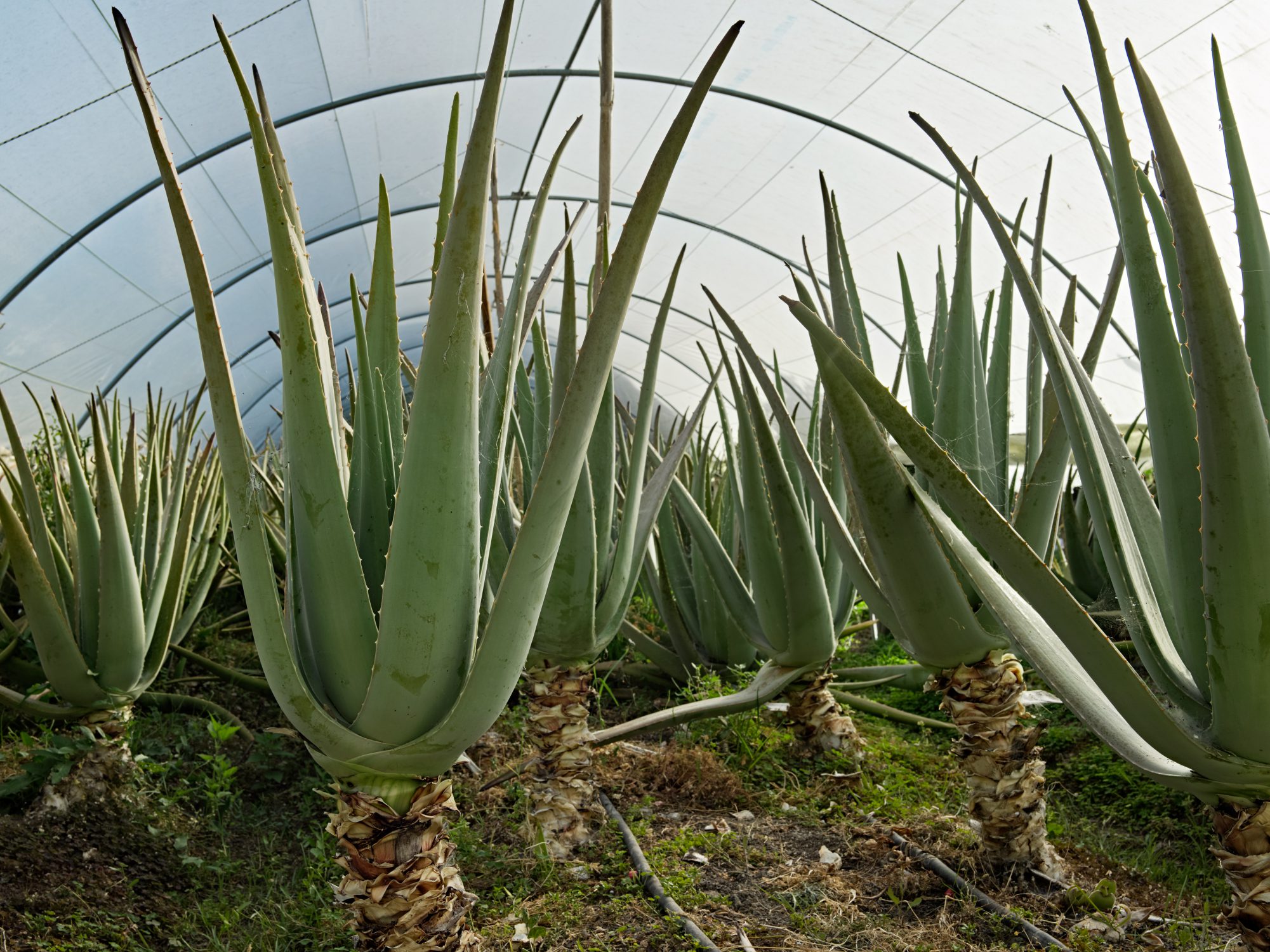 Doctor of the land 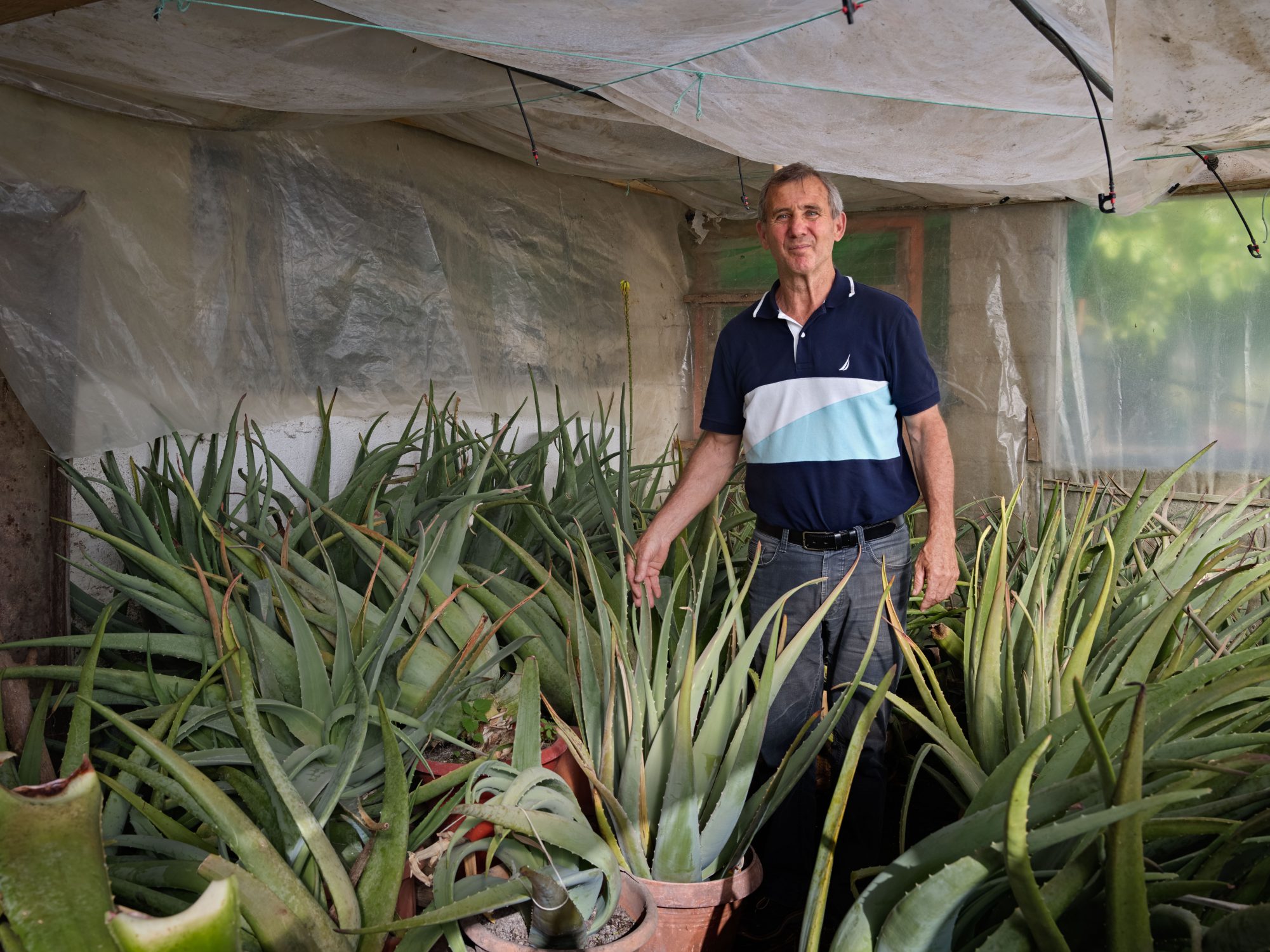 Doctor of the land

Christos Sigiannis, a passionate teacher of agronomy at the agricultural college, grows aloe vera plants in six plastic tunnels behind his house in Arta in the north-western part of the Greek mainland.
He calls the plant affectionately ‘Doctor of the land’. It has been known since time immemorial that aloe vera, grown on a large scale as a decorative houseplant, has healing properties.

Christos became enthralled by the plant after his daughter had an accident with a scooter during a holiday in Greece and her leg was badly burnt. The burns were treated with a gel from the leaves of the aloe vera plant and they healed miraculously quickly. For Christos that was reason enough to immerse himself in the cultivation of a plant with special healing properties. But growing a plant that originates in Africa is no mean feat in the Greek climate, as the nights can be cold.

He therefore grew his plants in a greenhouse, but he believes that anyone wanting to grow plants with such special healing properties must ensure they are healthy, and healthy plants require healthy soil, meaning that artificial fertilizer and chemical herbicides and pesticides are taboo.

"First we should take care of the soil and then the plants." 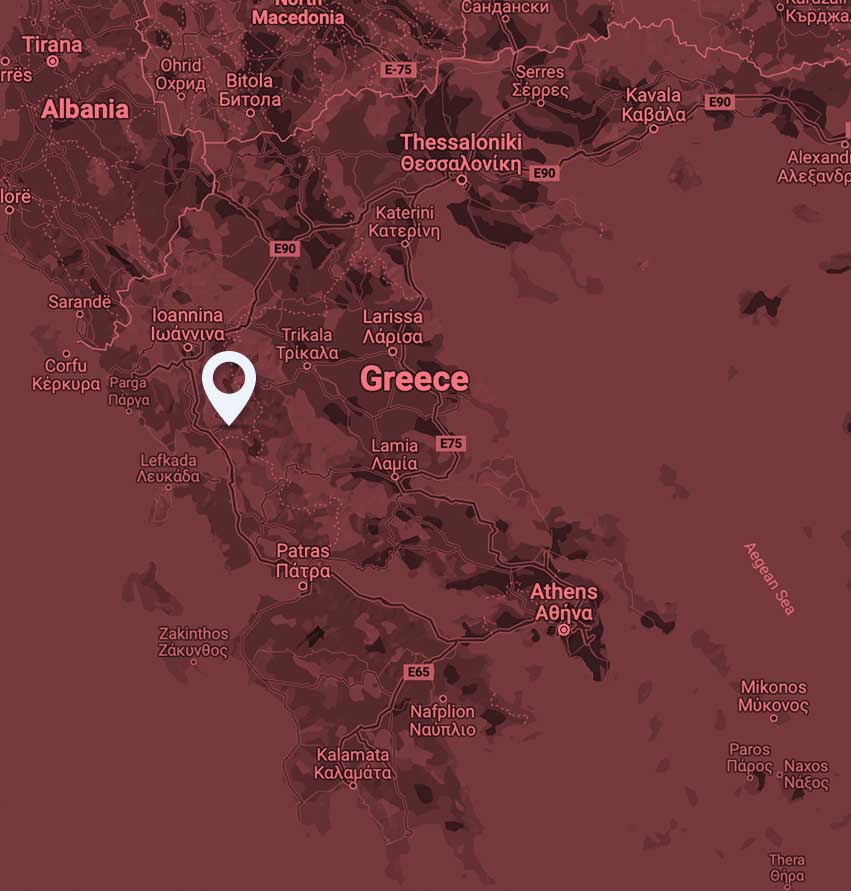 "I am lucky because I started living near the countryside, close to the earth. When I was young, I learnt many things through observation." 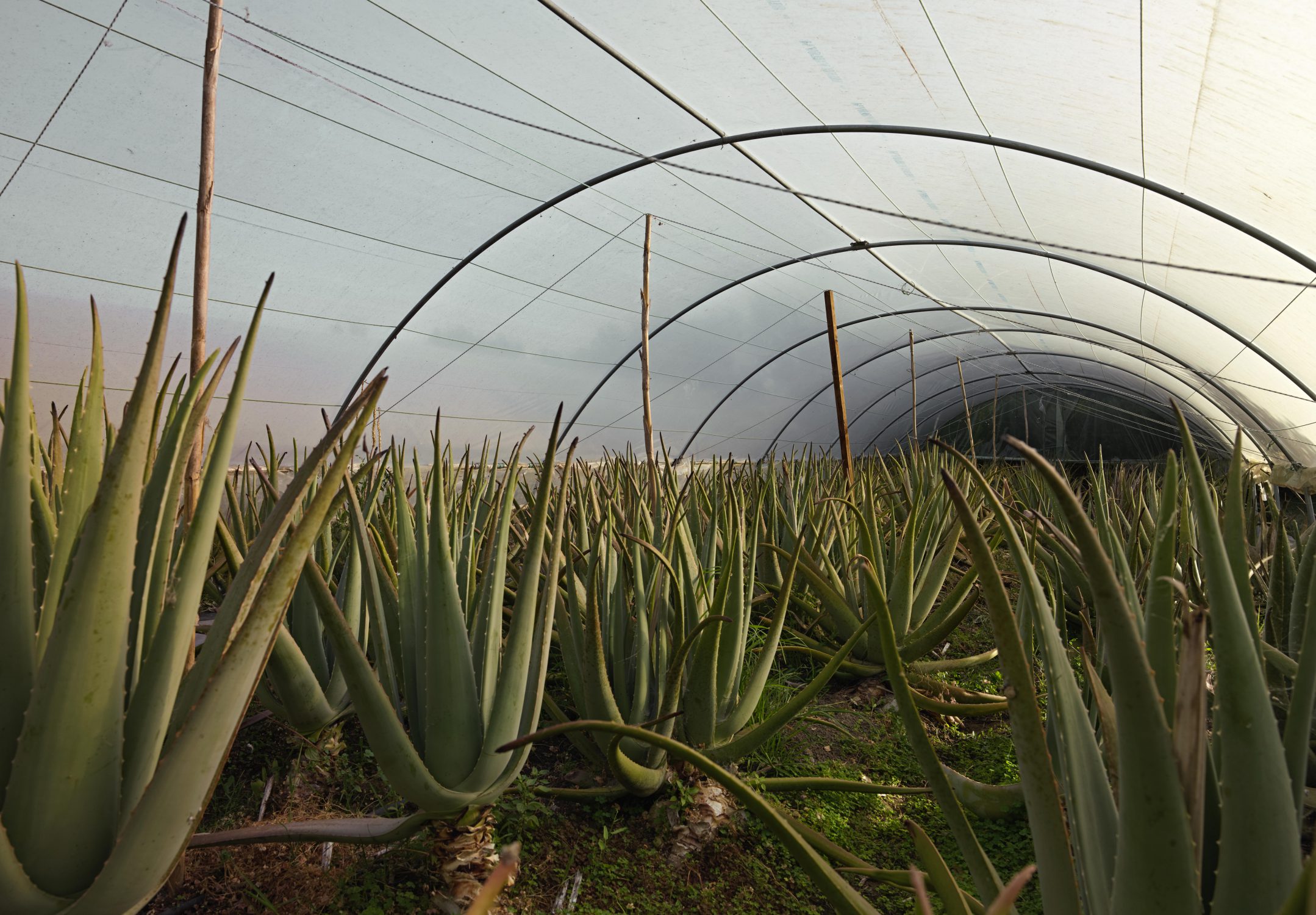 Christos’s plants are certainly healthy. They weigh more than 85 kilos, with leaves that are more than a metre long and at their broadest five centimetres thick. They contain a clear, viscous gel that has countless healing applications.

When we asked Christos to explain  how he gets his plants to be so large and healthy without using artificial fertilizer and chemicals, a lecture on plant cultivation followed from an enthusiastic and tenacious teacher of agronomy, whose most important lesson is perhaps as follows:

I am lucky because I started living near the countryside and close to the earth when I was young. I learnt many things regarding the management of plants, and indeed animals, through observation. We learn new things every day, which enables us to understand what is ultimately to blame when things go wrong.

More stories made in Greece