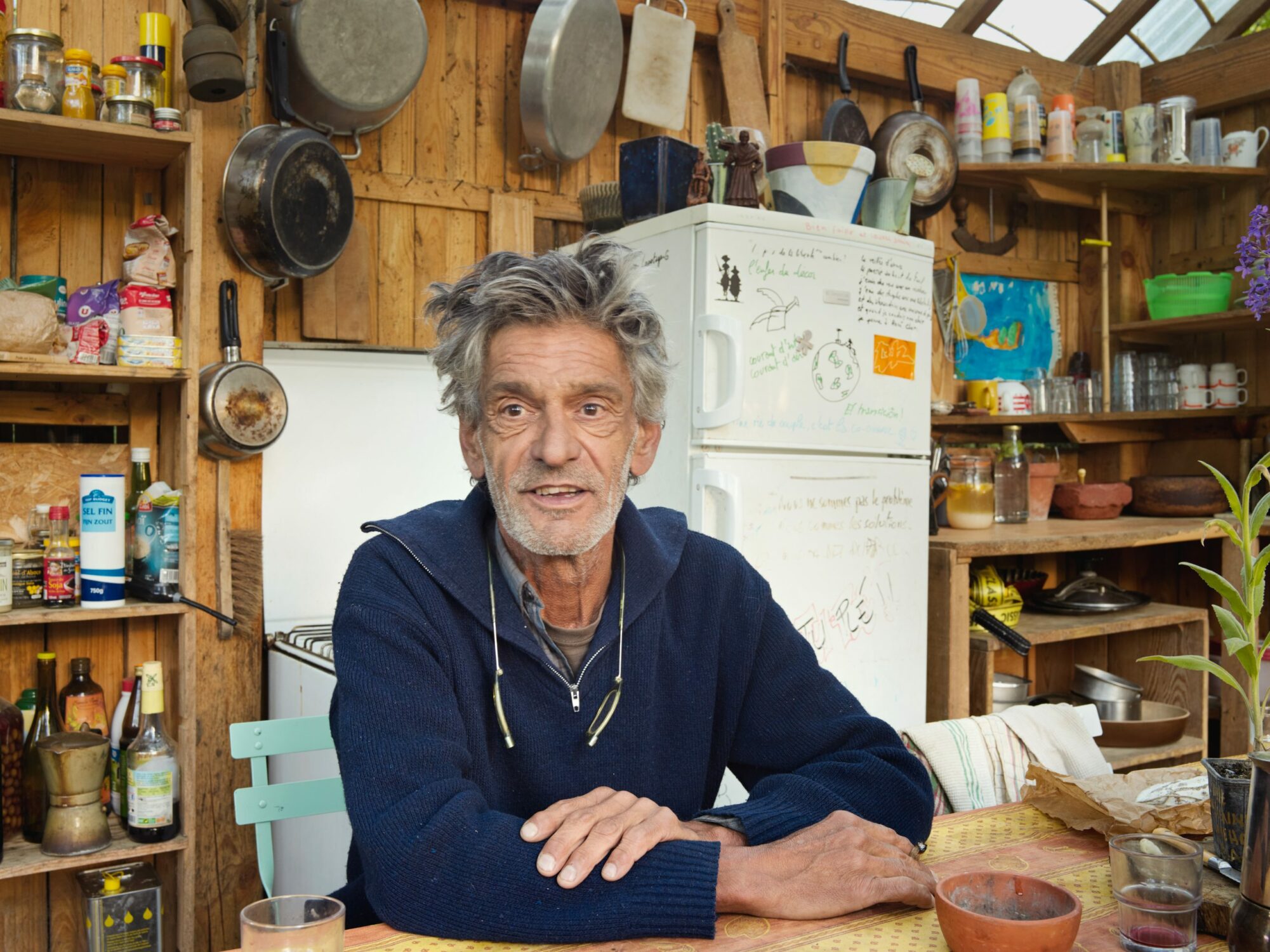 “You reap what you sow” 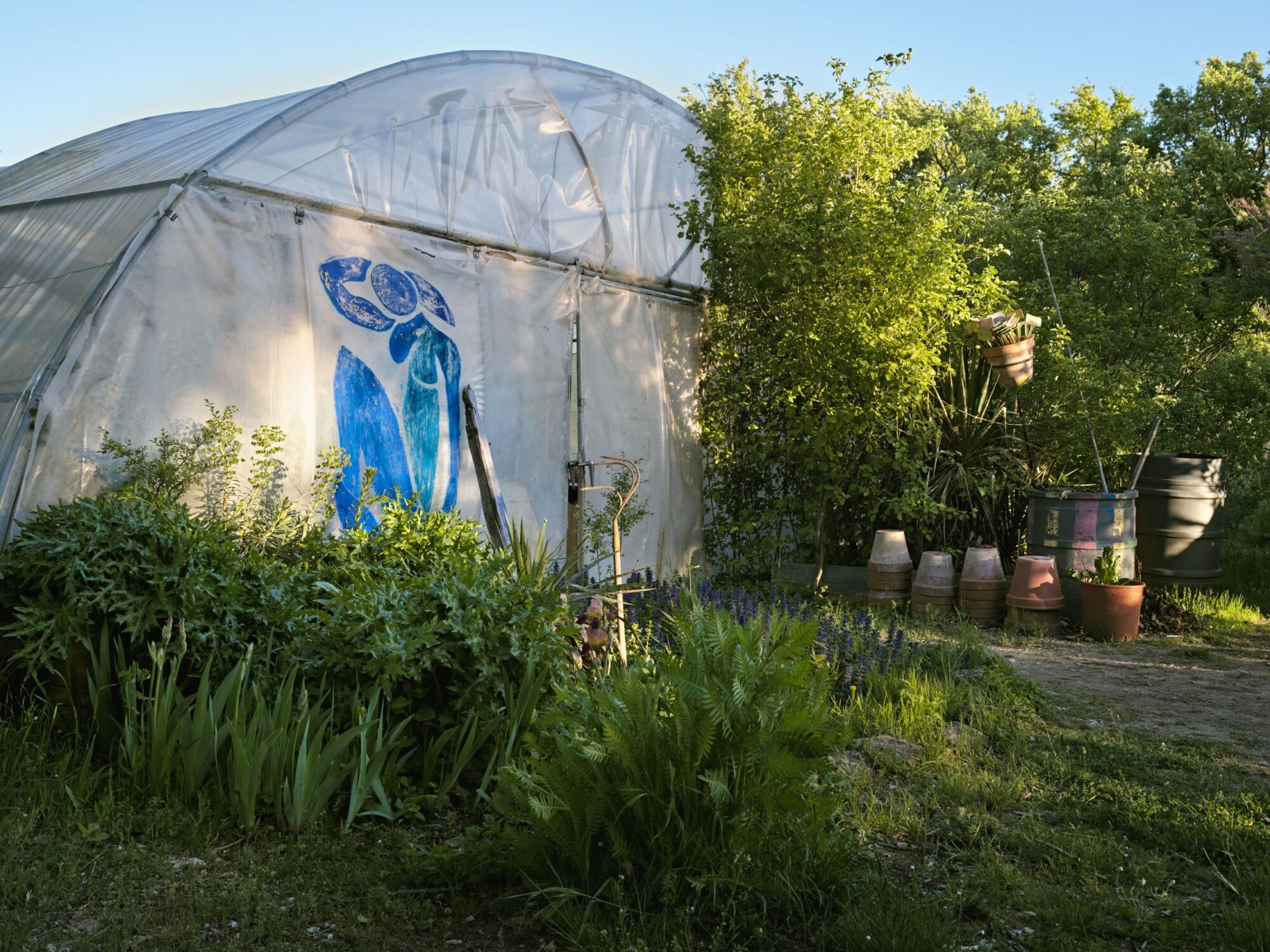 Jean-Luc, selects and harvests his own seeds, grows vegetables and forgotten plants, and actively campaigns to protect farmers seeds.
Agriculture started with a garden and I love that concept of horticulture. In fact I’d rather talk about agro-ecology than about organic horticulture. 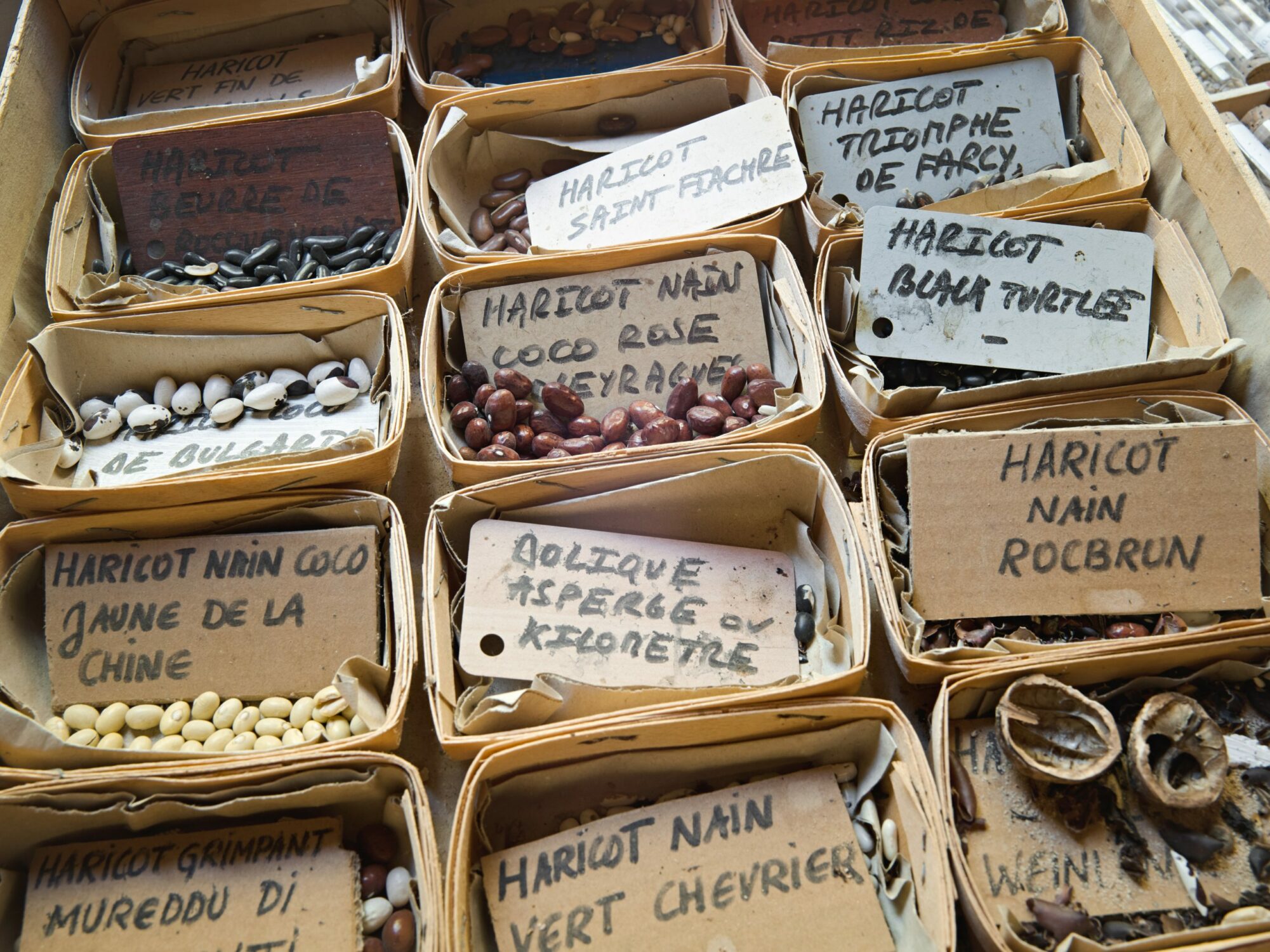 Only seeds that are registered in the official catalogue can be put on the market.
To get through the registration process, however, large sums need to be paid and there must be proof that the variety is genetically stable. As a consequence, 80% of the vegetables grown in France have disappeared over the past fifty years. 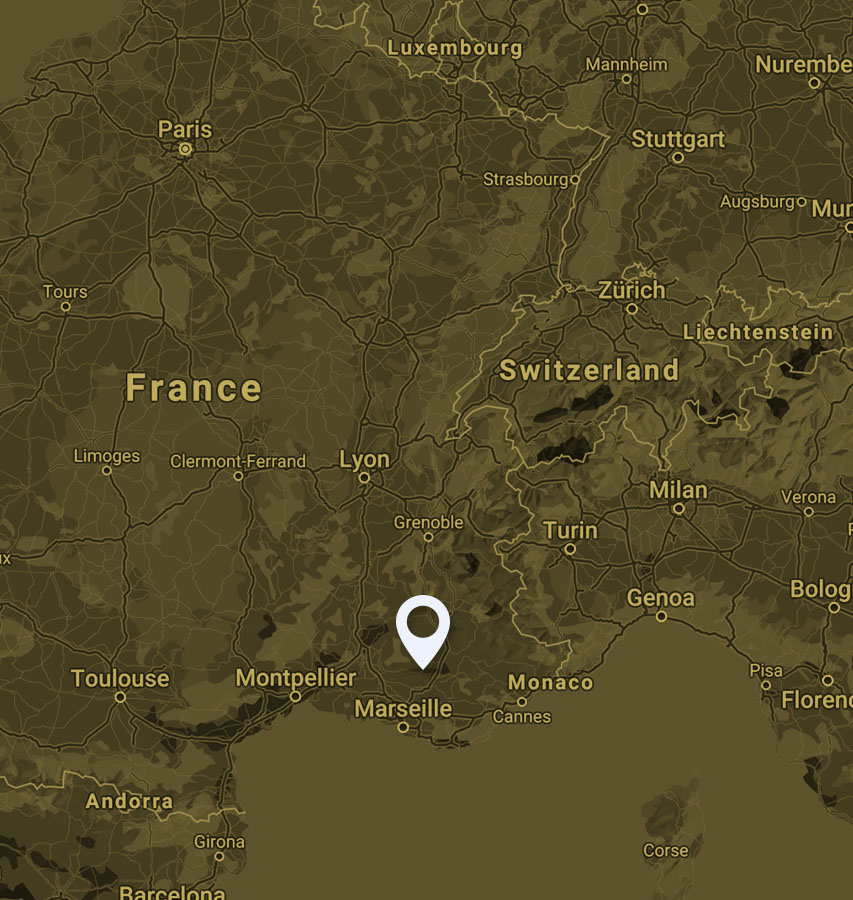 “The monoculture of plants is a reflection of our dietary practices.” 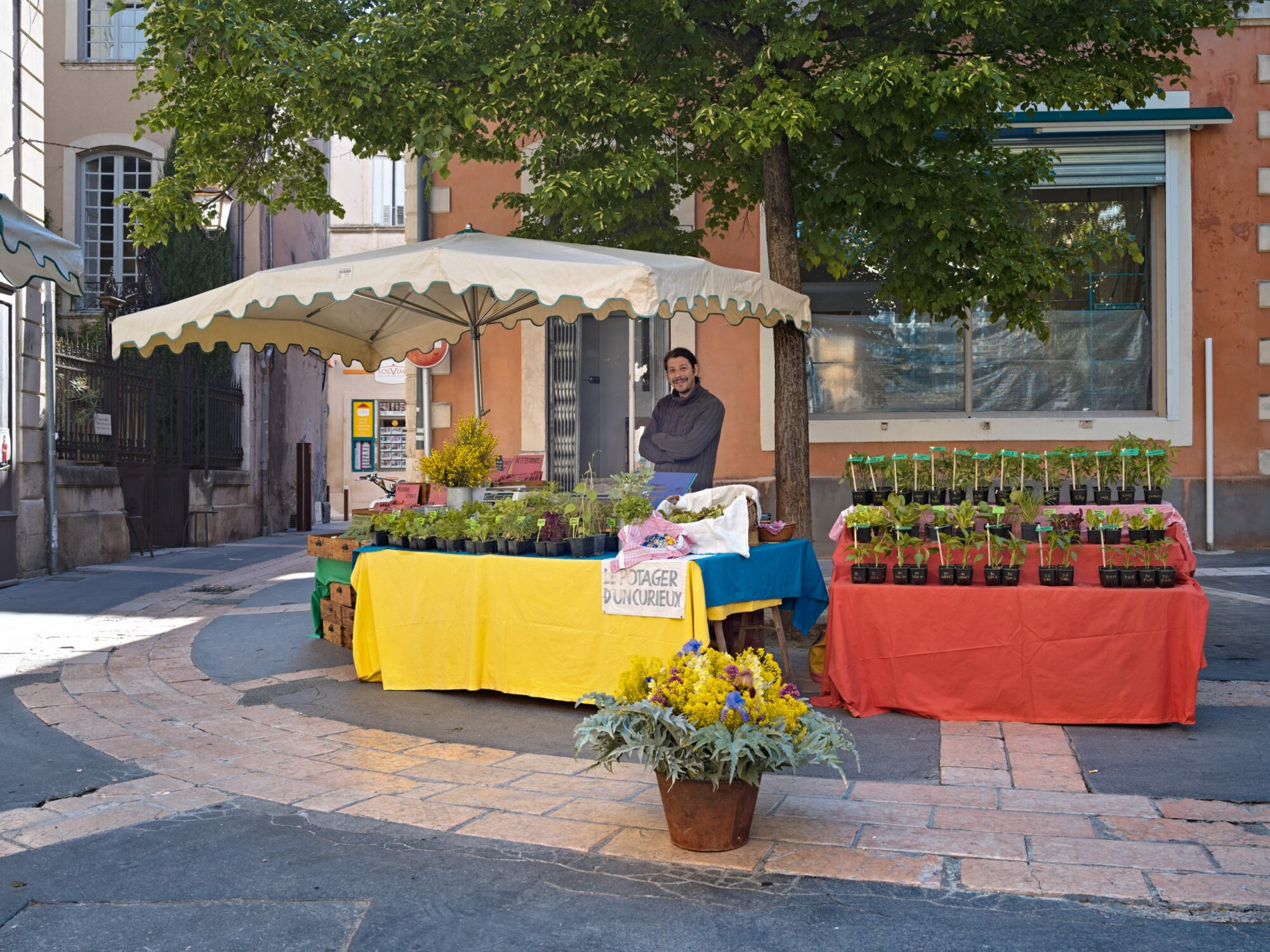 After fighting and campaigning for thirty years, Jean-Luc is tired and is now passing the garden on to his daughter Violette, who is carrying on his work.

We visited her at the farmers market in Apt, where she sells seeds and seedlings. She talks about the importance of her father’s work and how she intends to build upon it 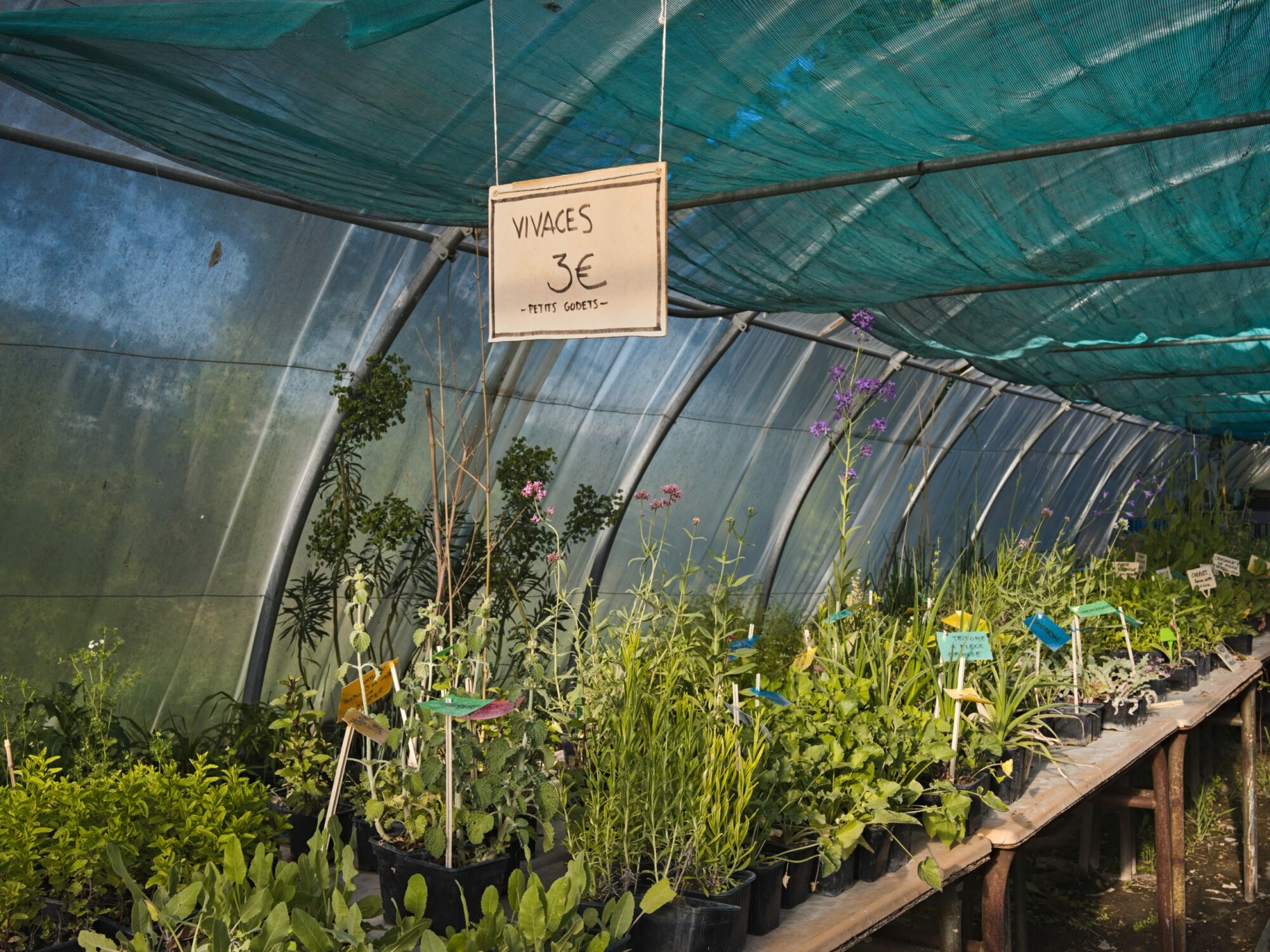 ‘You reap what you sow’,

A farmer who sees himself as a ‘peasant’ has strong ties with the terroir*, determined by the soil, the climate, the people and their history. He no longer wants to be seen as an ‘agrarian exploiter’.

Anyone who wants to combat the food imperialism of the large-scale agro-industry therefore has to eat forgotten vegetables. ‘The monoculture of plants is a reflection of our dietary practices’, and there is plenty of choice because according to the FAO there are more than 10,000 species of edible plants.**

More and more farmers who reject industrialized agriculture and increasingly opt for organic farming are choosing an alternative course.In Europe they have organized themselves since the start of this century in networks: the Réseau Semences Paysannes in France, the Red de Semillas in Spain and the Rete Semi Rurali in Italy.Members are farmers, consumers and scientists who are collaborating to change the scientific, technical and legal aspects of seed production.

Their new varieties are described as ‘peasant seeds’, a concept that encompasses two main aspects: the seed, the reproductive part of the plant linked to its terroir*, and the variety, formed through history.

Scientists who work with these networks operate together in plant-breeding projects, with the aim of increasing agricultural biodiversity by creating new ‘peasant seeds’. The basis for these projects is derived from old local varieties and landraces that have been conserved in seedbanks.

Terroir * refers to land or soil in relation to the crops that are grown on it, more specifically to a characteristic feature of the land or soil that is important for those crops. The word is derived from the French and is related to terre.

“In agro-ecology There is hardly any input, no chemicals, and the seedlings have to adapt to the conditions into which they are introduced.”

The monoculture of plants is a reflection of our dietary practices. 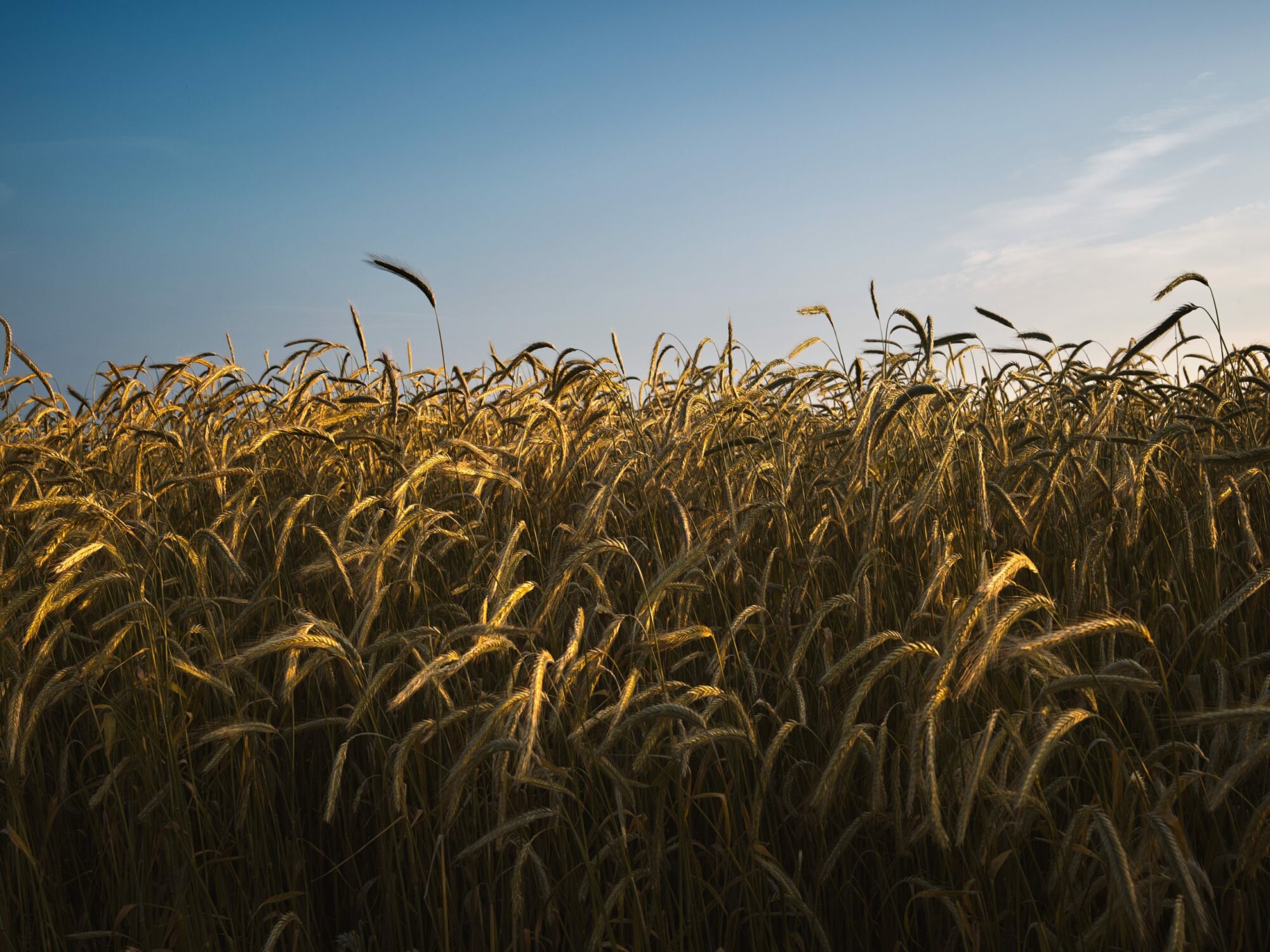 A Farmer of the Old Breed